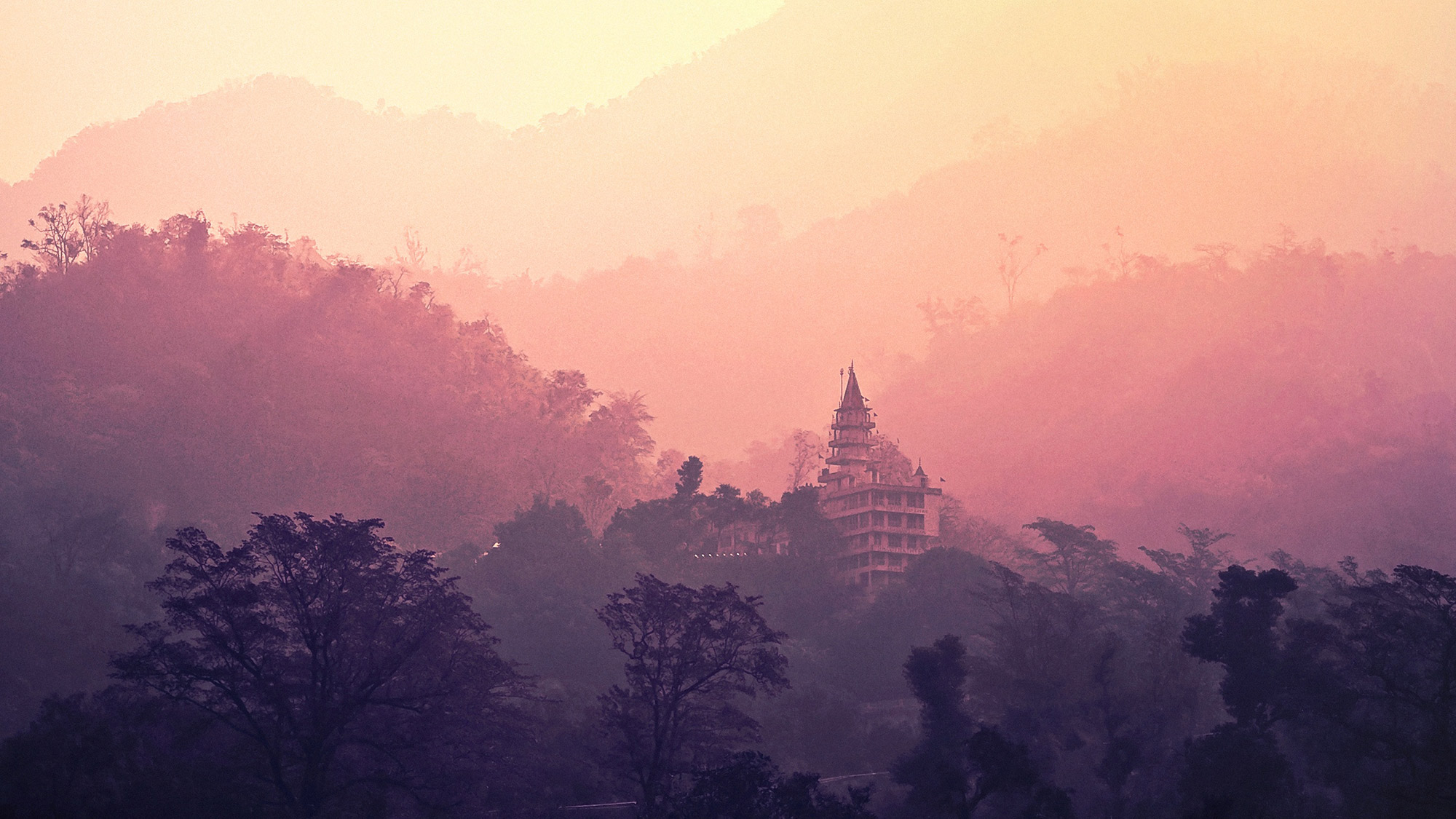 Every second Sunday from 9.45 am-12 noon at the Sawtell CWA Hall (21 Elizabeth Street, Sawtell), or via Zoom – check the calendar.

Tuesday and Friday monring Zazen and Guided Mediations on Zoom

Every Tuesday and Friday Morning (except for the Summer Break: Late December to Mid January) the OzZen Zoom Zendo will be hosting both Zazen and Guided Meditations. Andrew along with other OzZen members will be hosting these meetings.

Andrew will be available for OzZen Members via Zoom for individual interviews on Zen practice (calls limited to 15 mins) every second Tuesday from 9.00 – 11.00am, commencing on the 10 March 2021. These times are given freely for genuine seekers who are wishing to learn more about OzZen and Zen Buddhism and for members of OzZen who wish to discuss any practice issues in the privacy of a one on one interview.

Each year we plan to have one four day residential retreat and at least one weekend home retreat via Zoom.  Please see this year’s Calendar for further details.

All OzZen offerings are freely given to allow access to all people regardless of income. If you are able to give financial support, please access the donation button on the OzZen website under the Events section.

I’ve been practising with the Gurdjieff work since 1972 in South Australia where I ran a Gurdjieff group. I moved to this area in 1996 and joined the Coffs harbour Theravadin Buddhist group. I was later asked to teach Buddhism at Karangi primary school, which I did before moving to Bellingen in 2010. I met Andrew a couple of years ago and joined the OzZen group.

Jed is a social worker, research scientist, and mental health practitioner from Melbourne, Aus, now based in Seattle, WA, USA. Jed has also been a meditator in the Theravāda tradition since 2015, attending retreats, sittings, and lectures with a variety of teachers, including Sharon Salzberg, Mark Epstein, John Welwood, Phillip Moffitt, and Tara Brach. In 2020 Jed came across Barry Magid in Tricycle magazine, which transformed his meditation practice. Jed sat with Barry and the Ordinary Mind Zen School in NYC via Zoom, and then heard of Barry’s Australian dharma successor, Andrew Tootell, on the OMZ NYC podcast. Jed began sitting with Andrew’s OMZ group based in NSW, and began a teacher-student relationship with Andrew. Since 2016, Jed has facilitated mindfulness groups in prisons, rehabs, counselling centers, and hospitals.

I attended my first Vipassana retreat 37 years ago and felt I had come home. Since then, I have attended many retreats including several Zen retreats. I have been a cook for the local Vipassana Tallow wood sangha for over 20 years and attend around four retreats a year. While cooking at retreats, I attend the talks, the enquiry’s and some sits each day. After the death of a partner 6 years ago, I did a personal intensive retreat. Jack Kornfield challenges his students to be kind to themselves, every day. For a year. Then, he said you won’t want to stop. I decided to take the challenge. So, for the last five and a half years I have had a daily meditation practice. I also teach yoga.
This has resulted in a gradual change in focus in my life. I try to find joy in the little things by being present. Observing thoughts [observing emotions is harder] and not identifying with them too much, and being grateful, is also part of my daily practice. My reading has changed to mostly Buddhist and neuroscience literature, and I enjoy connecting with others and nature. I write haiku. I look forward to leading guided meditations as I like to share the things that bring me freedom from suffering. I would like to host small meditation and yoga retreats at my home beside the river, in the beautiful Kalang Valley in the near future, maybe in autumn.

I came to OzZen in 2020 with a lifelong interest in meditation and personal / spiritual reflection. I have practiced Tibetan and other forms of Buddhist meditation and teachings, TM (Transcendental Meditation), MBSR (Mindfulness Based Stress Reduction) amongst many other formal & informal meditation groups and practices.

I have trained as a psychotherapist, community and youth worker, as well as private practice in various body-oriented health modalities including Traditional Chinese Medicine and Zen Shiatsu.

I began sitting zazen in Kyoto, Japan in 1977 at Myoshinji temple. I also sat sesshins at Hanazono Rinzai University and at Shofukuji temple in Kobe.

In Sydney in the 90’s I sat once a week with a group called Queer Dharma and then in 2018, I started sitting with Ordinary Mind (OzZen) Soto Zen group in Sawtell.

Tom first encountered Zen teachings nearly 20 years ago in the writings of Shunryu Suzuki. He subsequently worked as a mental health and palliative care nurse for 10 years, during which time he facilitated mindfulness workshops and utilised meditative practices in the management of psychological and physical pain. He has completed a degree in psychological science and is currently training to become a Buddhist chaplain.

My background is in Yoga and meditation having had the honour of spending time with Swami Satchidananda of Integral YOGA, Ashram, Virginia. I travelled to India with him twice, videoing and documenting the trips. We spent time in Rishikesh where he was a disciple of Swami Sivananada in his younger days. I am co-founder of an eco/yoga centre called Ontos Yogaville, situated in the foothills of the Snowy Mountains. Situated on 2000 acres we had retreats and a small community of like-minded people experimenting with permaculture, growing food, orchards and held regular workshops.

It has been since purchased by a Tibetan Lama and is currently run as a Tibetan Centre called Siba Retreat Centre.

I have explored the mystical path of meditation with music in Sufism, self-inquiry with Vedanta insight meditation & Patanjali Yoga & Alan Watts on Zen. I organised Zen retreats for a visiting Zen Roshi, Jinen Roshi, of Annonji Temple Tokyo, in the Byron Bay area. He comes to Byron regularly and I have known him for 7 years.  My background is in event management, graphics, art and playing music. I was particularly drawn to the calligraphy and Sumi-e work that the Monks brought to us on the Zen retreats. I look forward to spending time in zazen and getting to know the OzZen sangha which I have become a part of for the past 2 years.

Phil has been interested in Zen for a long period, initially researching the extensive literature on Zen concepts and stories of historical and modern Zen teachers. He has been practicing seriously since first going to Andrew’s small Zen group in Sawtell on the mid north coast. Now retired, Phil worked in ecology and land management for over 20 years and is interested in the interface between ecology and Zen practice. He lives in Coffs Harbour with his partner and is a keen surfer. He is the current editor of the OzZen Journal and recently worked closely with Andrew to set up the OzZen study guide.

Rhys lives with his partner and two young sons in Central Victoria. He works in private practice as a gestalt therapist, and is on the teaching faculty of Gestalt Therapy Australia in Melbourne. The first book on meditation that Rhys ever read was Charlotte Joko Beck’s Everyday Zen. Before learning from Andrew Tootell, he practised in the Theravāda tradition and with the US teacher Jason Siff.

Jack has been a practising Buddhist for 10 years. She has practised in the Vipassana and Western Insight traditions, and in Zen, mostly in Ordinary Mind Zen and Sanbo Zen traditions. Her teachers are Andrew Tootell and Li-Yea Bretz. She is pretty much a full-time Dharma bum who loves to practice with different teachers and groups. She has a blog at www.wannabepoet.com.

Exploration into the deeper turnings of life and broader mysteries along with a strong affinity with our natural world has led me to practice and study Zen Buddhism and Druidry.

An early and ongoing involvement with the Satyananda Yoga community began in the mid-1970s. That, coupled with an attraction to Taoist thought and spiritual reflection contributed to an individual and eclectic spiritual path. Long time study and fascination with astrological and oracular knowledge has been grounded (we hope) with varied forms of meditation and somatic movement, including qigong and other health related practices. I also practise Reiki and am a member of the international Order of Bards, Ovates and Druids. Having been involved with OzZen since 2019, I’ve enjoyed its creative nurturing and practices as well as involvement in its lovely community.

I’ve worked freelance for decades in graphic & web design, interpretation and illustration, consulting and working with individual clients and groups as well as nurturing my own fine art practice. Living and working in the natural paradise of my valley home in the Mid North Coast region of NSW, I’m an exhibited artist with hopes to reflect my deeper experiences, connections and insights in art, poetry and music. View my portfolio.